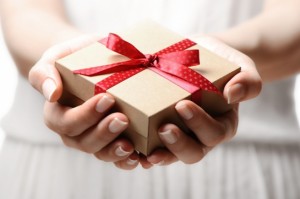 For the past ten years, I have constantly, continually had a video camera in hand. I never knew when someone would call or if I would run into someone and they would have a story to tell me. Charging my video camera was a part of my daily routine. I always wanted to be ready. Capturing stories was what I intended to do when I started this project. I proactively sought out stories and as time went on, the idea of my project was passed on to people. I interviewed people in person, I interviewed people over the phone, and some people sent their stories to me. It was always exciting to go to get the mail and to receive a package from someone.

Every package that I opened was as if it was another gift of more stories that would be revealed to me. Packages lined my office. The stories of individuals were epistolized within letters to me. Every page, photograph, note, and each envelope that was sent to me was a treasure. Inside each package that I received was a story that someone was counting on me to share. Now I had the task of doing this: sharing all these stories. If someone asked you to tell him/her your story, how would you do that in a few hand-written pages? What would you say?

Human history can be divided into three distinct phases: the Agricultural Revolution, the Industrial Revolution, and now we are experiencing the digital revolution. Given the era that we now live in, receiving hand-written letters with peoples’ stories detailed within these letters was iconic of the era from which I was collecting stories. It seems like we hardly ever write with a pen anymore. We type and we text, but we do not write by hand as much today.

The hand-written stories that I received were living history captured. Words written that looked as if they were written by shaking hands are evidence that it was elderly people writing those letters. People told me their stories and people sent their stories to me. Phone interviews with individuals in their upper eighties and nineties could be a story within itself. Shouting was a common practice during my phone interviews. No matter how loud I spoke, in perpetua, my interviewees asked me to speak louder.

Here I am over nine years later; I stare at my computer screen attempting to divulge to you all these stories. I am surrounded by hundreds and hundreds of hours’ worth of interviews that are saved to hard drives throughout my room and packages that people sent to me with their stories are scattered throughout my house. If someone wrote you their handwritten story within a few pages and you had the task of sharing that story with the world along with hundreds of other stories, how would you do that? This was now the responsibility that I had ahead of me.

Imagine someone has passed away. Your three hour interview with him sits within your computer. You pull out the electronic file, click on the interview, and as you look up to see your computer screen, you see the man frozen on your computer screen. Now you have the undertaking to sum up in a few sentences or at best a few pages, this extraordinary man’s story.

This became my mission and my challenge.