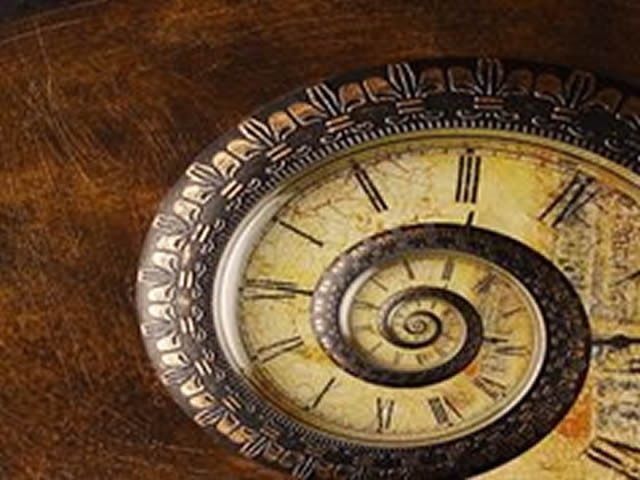 CHASING TIME: Life Lessons The WWII Generation Taught A Millennial In Her Quest To Catch Them In Their Last Living Years BEFORE IT WAS TOO LATE 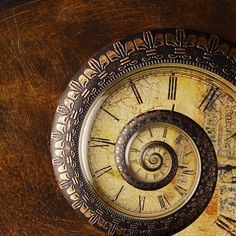 When I told people that I wanted to write a book about World War Two, they made known, “thousands have been written.” I agreed, they had, but I also knew that people who lived through and experienced WWII were still living, and I yearned to speak with these individuals.

I aspired to personally ask WWII vets who were still alive questions. I wanted to hear what a Holocaust survivor remembered from those dark days steeped in our History from the Holocaust survivor himself. I knew that in twenty years I could read the countless history books about the Second World War, but I had an inclination to speak with individuals who lived through WWII that were still alive while I could.

I also knew that time was of the essence because the WWII generation was up there in age. In 2007-2008, I began to go “after” stories. I commenced my “project to collect stories” by sending out letters attempting to get individuals to help me to get into contact with people from the WWII generation. I sent out heaps of letters trying to track down living WWII veterans, POWs, and others. Over ten years, over a thousand letters later, and over hundreds and hundreds of hours spent doing interviews, I find myself writing this book.

Chasing Time is the story of my “oral history” project. My project became more than a project and more than a book, but hearing the stories of the WWII generation was the privilege of a lifetime, and ultimately, an honor that has touched my life in a significant way. We sometimes meet people who encourage us and inspire us to become better versions of ourselves. I set out to collect “stories” from people who experienced WWII. Reflecting back now, indeed, I heard just what I was after – some stories, – but, along the way, this generation as a whole imparted some unbelievable life lessons to me.

My project started with focusing on collecting stories from WWII veterans, but overtime it morphed into collecting stories from various individuals who had diverse roles in the war and anyone who was a part of the WWII generation was a candidate to be interviewed for Chasing Time. As more and more time passed, my goal became to speak with people before they were gone. I am glad that I followed my hunch and went after “stories” because just as I suspected, individuals from this generation sure had some amazing stories to tell.

It is particularly interesting that I wrote a book centered around World War Two because I was not a big military history type of girl or a battle buff type of person. Rather, I was obsessed with learning and collecting personal stories. From 2007 until 2016, that is exactly what I did. I heard story after story. I interviewed over 600 WWII veterans along with other individuals who lived through WWII (including POWs, Holocaust survivors, people who lived in various European countries and many others), and I ended every interview with asking what life lessons did living through World War Two teach you?

Chasing Time is an attempt to share the lessons that the individuals who were alive during WWII shared with me. You will not just find the stories of American WWII veterans, German Holocaust survivors, Italian soldiers, or any one category of individuals. Rather, you will find an array of many different stories from people across the globe that come from all walks of life. The qualification to speak with me was that you had to have lived through World War Two. That made anyone who was a part of the WWII generation eligible.

My love of stories and my admiration for the elderly coupled with the fascinating history behind WWII brought about this project. Ever since I was little, I have always had a special spot in my heart for elderly people. I think that it is because early on in my life, I volunteered at the nursing home across the street from my house. After these experiences at that nursing home when I was younger, I always thought that visiting with elderly was not just a nice thing to do, but it was imperative that those from the younger generation make time and go see their elders. I thought that I wanted to write a book about WWII and the historical details that go along with the war, but it turns out that when I sat down to do the writing, I missed the interviewing. I missed interacting with 80, 90, and 100-year- olds.

Interviewing the people who lived through and fought in WWII was a once in a lifetime opportunity and something that will always be a part of whom I am. Of course there are millions who are a part of the WWII generation whom I did not interview. There were people who served in the war and died in battle during the 1940’s and there are those who passed in the decades that followed as I was a young millennial in the late eighties and early nineties.

Millions of people comprise a generation and in the scheme of things, me, working alone, driving to and completing every interview on my own, I could only reach what turned into hundreds of people, but still to me, to have had the opportunity to speak with over six hundred people from the WWII generation was thousands of hours of my twenties. I interviewed individuals who were usually at least 87 years old or older while I was in my twenties. A friend jokingly asked, “Do you regret that you spent so many hours in your twenties in nursing homes?” It was not even necessary to take an extra minute to ponder. I undoubtedly knew that the time that I shared with the WWII generation was not a chore as most people saw my weird infatuation with interviewing “old people,” but the gift of a lifetime – a chance to relive history before it became history. There are many individuals from this generation with whom I did not speak, but the ones that I was fortunate enough to speak with told me all about WWII, but more than that, through their stories, they also revealed life’s truths to me. I want to share their stories with you. Although I have completed hundreds of interviews, only a select few stories could be shared.

When I began to write this book, I had completed over six hundred interviews, and I have since continued to interview any living WWII vets and other people with stories from WWII. I could not decide if I should share a few stories more comprehensively or if I should share hundreds of stories with bits and pieces. In just trying to share certain segments of certain stories something gets lost. I had to tell the whole story. I will never forget the stories that I heard from the members of the WWII generation. There were many war stories that had nothing to do with battles, bombs and bullets. The stories that individuals shared with me instructed me with extraordinary life lessons. That is what Chasing Time is: advice from one generation to the next.

To know someone is at the end of their life and to speak with him/her, this is a gift. I wish to transmit to the world the idea that they should do this. To hear someone’s story while you can, this is a tremendous opportunity. None of us know when our life will end, but we understand that life expectancy is 78.8 years old, so when you are speaking with someone who is in their nineties, this is an earmarked moment in time.

It is a moment frozen in time where someone two generations apart from someone else can go back and ask, “what was it like?” and the history, the stories, and everything from once upon a time, then comes alive. It is difficult to describe this experience and the word that comes to mind is magical. When you are in your twenties and you speak with someone in the last years of their life, well, it is an otherworldly experience. David Brin once said, “Storytelling is the only absolutely verified form of magic. Magic is the creation of subjective realities in other peoples’ heads.” I hope that in these stories you too will relive World War Two from those who experienced it – just as I did when I heard the stories. And more importantly, I hope that you glean some messages and advice from some remarkable people.

In the stories that follow, you will be able to experience the laughs that they gave me, the tears that I shed, and sequentially their stories because through these stories what seems like distant history becomes principles and ideals that we can all understand. Every story that I heard and every person whom I met that shared their story with me affected my life in a way that I will not forget. One of life’s truisms that I have always thought, but this project crystalized this verity for me is that stories have the ability to have a transformative effect upon individuals.

It is precisely true. Over and over, as I talked to people from the WWII generation, it was as if I was brought back in time. I was able to traverse back in time because people told their stories to me. Their stories transported me to a place and time years before I ever existed. Through someone’s story, I traveled through time. My oral history project with the WWII generation was the best way to learn about WWII and not only did I learn about the Second World War, but I learned even more about life in the process of people telling me their stories from years that World War Two raged throughout the world.

What is it like to go back in time? Seventy to one hundred years ago is about as far back as we can go where people can remember and they are still around to tell their stories. That was my quest: to speak with the WWII generation before they passed away. For over ten years, this mission took over my life. It is difficult to put into words how all-encompassing it became. I felt like I was Chasing Time …. and what a journey it was.

Holocaust survivors, liberators of concentration camps, POWs, Italian refugees fleeing the Adriatic coast after the war, U.S. veterans from the Navy, Army, and Air force, people who experienced the war in different countries and various places, and a myriad of diverse elderly people shared their stories from back in the day with me. I hope that as you read these stories, you too will get to go back in time as you lose yourself in these awe-inspiring stories.

I spent over ten years CHASING TIME … and … what a ride it was.