More Than A Story : An Interview Turns Into A Friendship 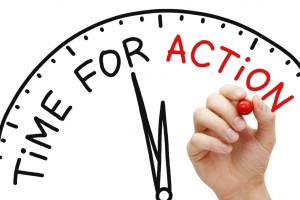 I needed the persistence to keep striving to achieve interviews (to keep digging to get people to talk with me and share their stories). To go back to the very beginning, though, I also needed the courage to start completing interviews. As with many tasks in our lives, just starting can be the most difficult part. I will never forget my first interview with a WWII veteran.

I first found out about Ron because a local library sponsored a talk where WWII vets were speaking for the public. Ron spoke to the group gathered at the organized event that day. I wanted to ask him to have an interview with me when I was at the library that afternoon, but I never did ask him while I was there. About two days later, I was at Panera having dinner a few suburbs away from where the library was located and I noticed Ron and his son sitting at the same restaurant as me having dinner.

I saw this as my sign. What are the chances that the exact WWII vet whom I chickened out to ask to tell me his stories a few days before was now sitting a few booths away from me at a restaurant a few suburbs away? I walked up to their table and introduced myself. I let them know that I was a student and I was interested in interviewing Ron. Ron agreed and his son set up the interview for us. About a day before the interview, Ron called me and told me that he changed his mind. He said that he didn’t like talking about the war. I was down, but a few hours later, he called back and told me that he would meet with me after all because I “seemed like a nice enough girl.”

I met Ron at the same library in the Chicago suburb where I first heard him speak that day at the local library when they sponsored a WWII panel. I walked into the library to find an elderly man with white hair and wrinkled skin wearing a winter coat plastered with his various patches from the VFW and a hat that said, “WWII Veteran.” I would come to see that same hat many times in the ensuing years as I met hundreds more veterans like Ron. We slowly made our way to the table where we would have the interview. I was so excited to use the flip camera that I ordered online a few weeks before.

What became a common practice because the population that I was dealing with was indeed elderly; I had to repeat many of my questions several times in order for Ron to hear my questions. Sometimes literally practically shouting, I uttered my question again, hoping that I would not get a glance from the librarian. The librarian never said anything, but she gave me a look that put into words, “This is a library, keep your voice down.”

Ron graduated from high school in 1942. He was just seventeen years old when he enlisted in the Marine Corps in April 1943. On the side of my notebook, I wrote, “just a teenager.” Ron’s leg was injured badly in the war. He told me how scary the whole thing was. The doctors told him that it may take weeks to heal. Ron said that he could not walk at all for months.

He detailed how he would ask the doctors if he was going to walk again. The doctors always said that they hoped that he would walk again. Ron’s leg eventually healed. Ron smiled, “It did heal.” He did not give up hope on his leg. He shared with me how he walked the mail route for 37 years with that same leg. To sum up what happened to his leg, he told me, “We cannot give up hope in this life.” Part of Ron’s WWII story unveiled to me that we cannot give up in life. There is always hope that things will turn around.

Ron’s face lit up when I asked him about the VFW. Ron shared with me that his dad was in the First World War and it was his Dad who asked him to join the VFW. Ron was the sergeant of the guard at his VFW post. Ron was 86 years old when I interviewed him years ago (he would now be well into his nineties) and at 86 years old, he still made every VFW meeting. He declared that at his VFW Post, they meet at the library every third Thursday of each month.

I asked him, “Do you always go to the meetings?” He tilted his hat that had WWII Veteran plastered across the front forward as he responded, “Always. I may be 86, but us Marines, when we have to be somewhere, we are there.” As we wrapped up our interview, he put on his hat and his jacket. He took his hat off during the interview at a certain point. He seemed so gratified to be wearing his coat displaying all of his patches from his years in the service. I asked Ron if he would mind if I took his picture. His smile shined from ear to ear as he stood there proudly wearing his coat and his hat that said: WWII veteran across the front. His son came to pick him up and our interview had ended.

I watched him slowly exit the library. I bundled up and headed out to my car. This interview took place in January. I brushed the snow from the window of my car and I entered inside it to drive home. Shivering as I held my steering wheel, as all Chicagoans do in January as they enter their cars, I happily thought to myself, “I did it.” I completed my first WWII interview with a man who was a Marine and served in WWII.

At that time, I had no idea that speaking with people Ron’s age would become a project that encompassed a large part of my twenties. Hundreds more interviews like the one that I had with Ron would follow, but I started that cold January day and that is the first lesson that I learned : sometimes you just need to start. At Panera, I walked up to Ron and asked him if he would like to have an interview with me and from that question, the stories began to pour in.

That was the day that I started Chasing Time.

“The miracle isn’t that I finished. The miracle is that I had the courage to start.” – John Bingham, No Need for Speed: A Beginner’s Guide to the Joy of Running